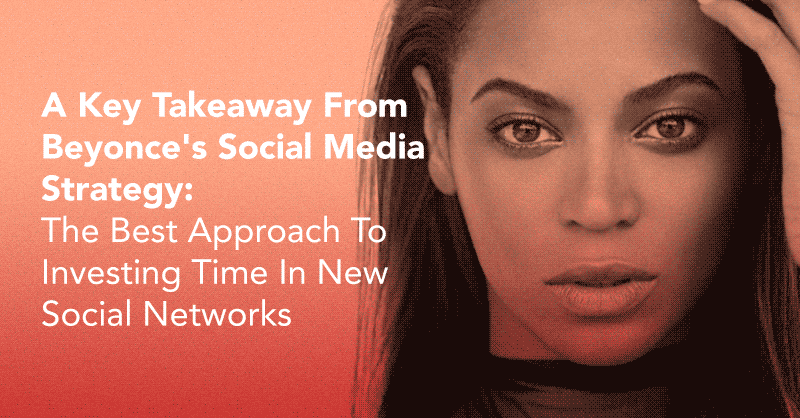 If you work in any digital field, the graph below is probably the most important one you’ll ever see. What it is showing is the increasing speed at which technological innovations are embraced. 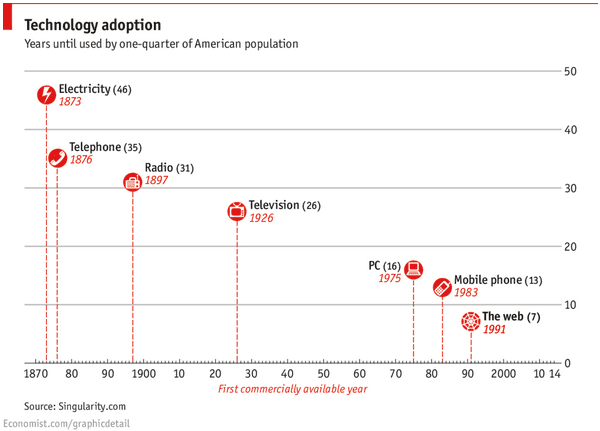 As an illustration, in 1985 nearly nobody owned a cellphone. A little more than 20 years later, there are nearly seven billion mobile subscriptions worldwide, that’s 95.5 percent of the world population according to mobiForge.

The thing is, the progression is not only increasing, but increasing exponentially. Extending this chart into the future we see that the trend continues. Facebook went from zero users to half a billion in about five years. 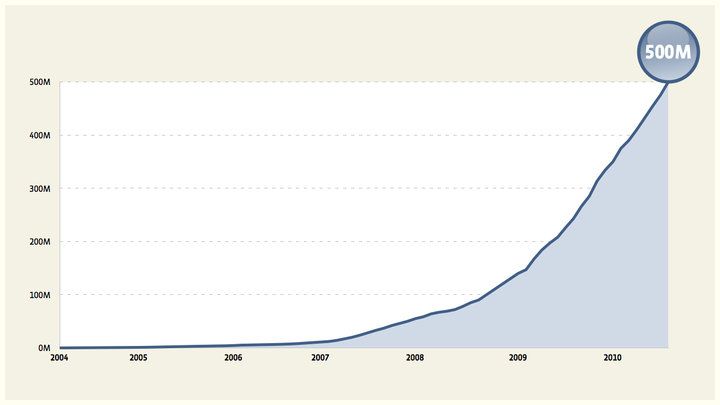 As each new innovation saturates the market more quickly, that invites a new technology to come usurp the old. What this means is that in our increasingly innovative world not only do things catch on more quickly, they change more quickly as well.

Bringing our discussion back to marketing, this trend presents a unique dilemma. New, social platforms seem to surface at least once a month, and there are already so many to choose from.

The accelerating rate of technological change results in an increasingly narrow window to embrace a social platform before it gets too crowded. While at the same time posing a risk that the platform you choose might get beaten out by a competitor.

How do you decide which platforms (either established or up-and-coming) to branch out into with your social marketing efforts and how can you know when something just isn’t right for your brand, or simply not worth your time and bandwidth?

In last week’s post, I argued that the best way to develop effective processes within your business is to first focus on the core essence of your organization and then let that “why” inform your decision-making.

Now that we’re armed with this tool, let’s approach the question of choosing a new social platform. Keeping the core essence of your brand in mind can be the beginnings of developing an answer to this problem.

Whenever a new platform enters the picture (or even when an established one enters your consideration) simply ask yourself the question “Does this platform fit my core brand essence?”

The answer might be surprising and seem to run counter to best practices.

For example, Beyonce (who has the distinct privilege of having people follow her every move) simply does not use Twitter. 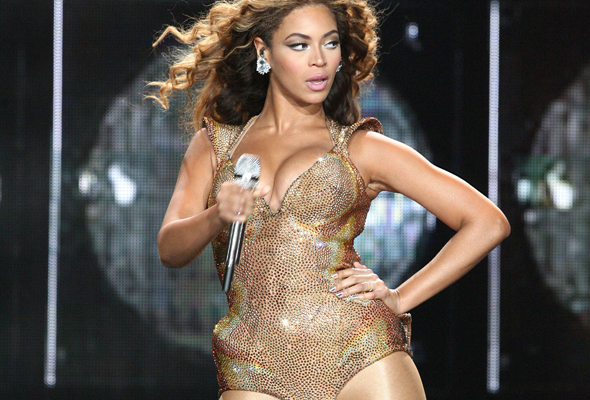 Sure, she could use it, but her social manager, Lauren Wirtzer-Seawood understands that it doesn’t jive with the overall brand image she’s trying to cultivate (namely a brand built on images).

Currently, we don’t use Twitter at all. It is a personal choice. I think as an artist, Beyoncé really prefers to communicate in images. It’s very hard to say what you want to say in 140 characters.

What Witzer-Seawood is essentially saying here is that even though Twitter is a massive platform, and with full knowledge that Beyonce could build a strong following there (she has only eight tweets and about 14 million followers), it makes more sense to double down on the platforms that work with her brand than trying to find success on other established platforms that may not be a match.

This applies even more so to the new platforms. Just because everyone else is doing it, doesn’t necessarily mean you have to.

Just understand your brand, and let that knowledge guide your decision.

Dip Your Toes in the Water by Repurposing Content

If you are allowing your core brand essence to dictate your social marketing decision-making, whatever channels you do end up choosing will likely be at least somewhat similar to your existing social channels.

“Real, tactical understanding of new social media platforms can only be formed on the front lines,” he added. Stressing that you’ve got to try new social networks first hand in order to identify if they fit into your overall marketing strategy.

Once you’ve identified a new platform as a potential candidate, don’t go all in with your efforts just yet. Dip your toe in the water first, by repurposing existing content and using that to initiate your exploratory venture into uncharted territory.

This strategy has two big advantages. First (and most obvious) this new effort will eat up less bandwidth and allow you to get a sense of whether or not this new channel has potential.

For example, Taco Bell reshared content from existing social platforms when testing to see if having an account on Pheed was worth the investment. This photo was shared on Instagram and then on Pheed as a part of their ongoing experimentation with the newer social channel. 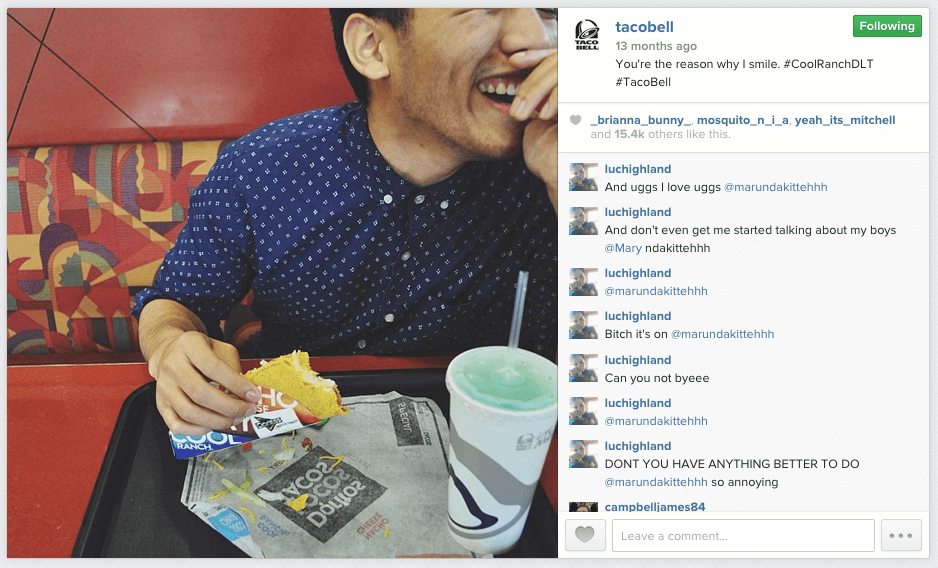 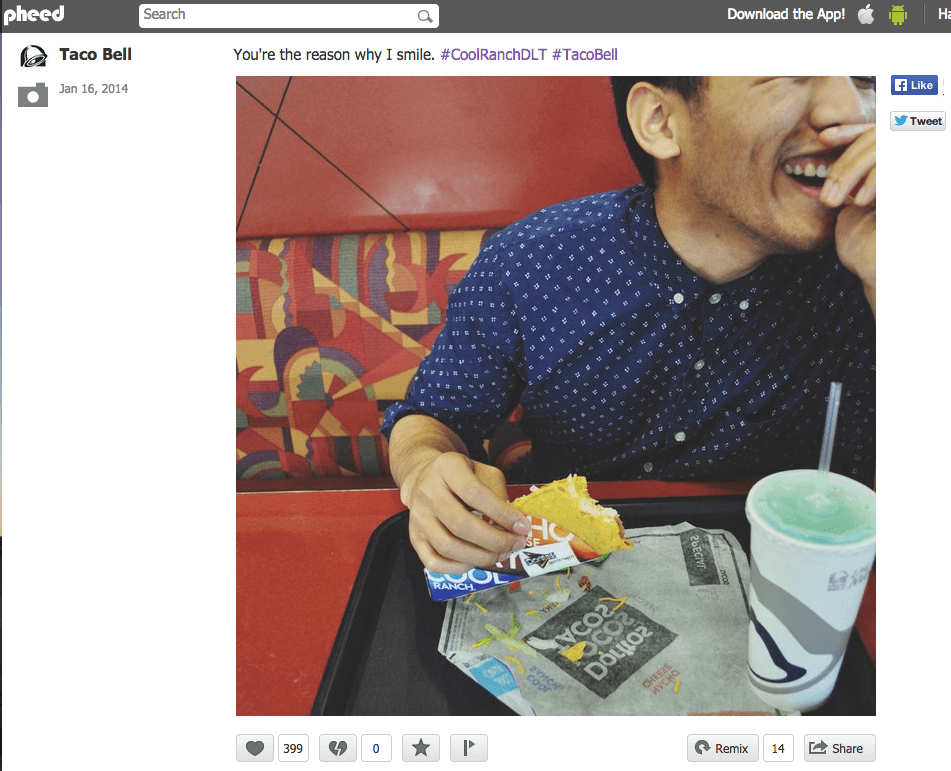 Taco Bell’s last post on Pheed was Jan 2014, which probably implies that the brand concluded that the network wasn’t worth a long-term investment based on their testing.

Luckily, not much effort or resources were wasted since they repurposed their content from other channels when deciding whether Pheed was the right home for their brand or not.

Another added bonus is that by working with existing content that you have data about (you are collecting data about your social media, aren’t you?), you can apply existing metrics to judge your content by.

Obviously each channel has their own conventions and best-practices, but the core content will still be largely indicative of how a post will do.

What this strategy will allow you to do, is to confirm your instincts of whether or not this new network is a good fit before doubling down on a new platform.

If You’re Going to Be There, Be Great

While there’s no sense in embracing platforms that don’t fit with your overall brand, it makes even less sense to decide to join a platform and not invest fully in it.

Beyonce’s social manager doesn’t avoid using Twitter just because it doesn’t fit with her overall brand, she avoids it so that she can spend all that bandwidth on making Beyonce’s Instagram spectacular.

You don’t have to be on every network. Customers will rarely notice that your brand is not active on whatever nascent social platform is out there (and if they do, that’s a pretty great problem to have – it means they care).

However, what customers will notice is if your brand is on a social network and it is doing a sub-par job. As famous UCLA coach John Wooden famously said: 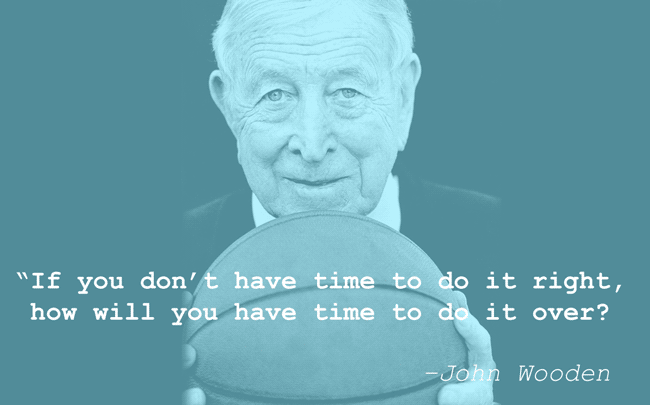 This question should actually be amended for the social media world:

If you’ve identified a new platform that fits with your overall brand priorities and have tested it using the content-repurposing strategy, then the next question you need to ask is whether or not you have the capacity, the bandwidth and the strategy necessary to blow this new channel out of the water.

If the answer to this question is “no, but we really should be there” then don’t bother. Instead spend all that time making your existing channels better.

Brands that feel compelled to hop on board every new social media bandwagon tend to fall into a trap that I like to call “channel surfing.”

Channel surfing is when a brand will constantly change up the social channel that they prioritize guided by the false impression that this is what will make them relevant.

Nearly 60 years ago, advertising legend Rosser Reeves (who is credited as being the inspiration for Mad Men’s Don Draper) wrote a book that many consider to be the single defining book on the advertising profession called Reality in Advertising. 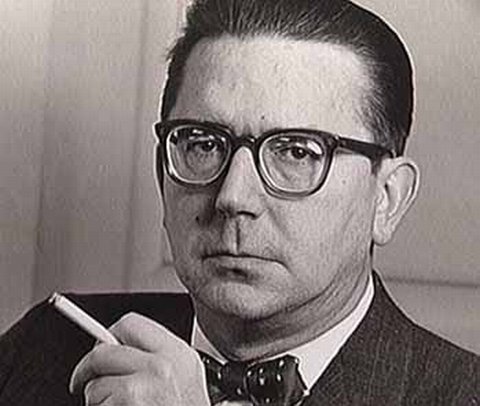 To be clear, they based Don’s achievements on Reeves, not his looks.

In this book he used hard data to show that brands who constantly change up their story in hopes of remaining fresh are actually destroying their own progress. Or, to paraphrase how he put it, “cutting down your big, strong oak trees to make room to plant flimsy saplings.”

Rosser Reeves’ point here is to say that the avenue for your message is not what is of central importance; rather, it is the substance and consistency behind this message that will seel your product.

The channel surfing attitude fundamentally illustrates a lack of brand integrity. The misguided CMOs who make the choice to ride whatever wave is attracting the “kids these days” doesn’t care about preserving a brand’s integrity so much as spreading its message at all costs.

Beyonce and her manager on the other hand represent a 180-degree shift from this attitude. Instead of chasing after each new opportunity, they are always eyeing these new channels with a wary eye and calculating whether or not they fit their core story and brand.

This decision-making calculus is reflected in a famous quote from Beyonce herself:

Your self-worth is determined by you. You don’t have to depend on someone telling you who you are.

Let your core brand identity guide your decision to choose a new platform. Evaluate each new network first from the perspective of how it fits with your brand. Then test this assumption. Finally, once you’re sure it’s a good fit, dive right in and give it all you’ve got.

Choosing a new channel will always be something of a gamble; however, if you remember this simple process and fully understand your brand, you will make the best possible call every time. That I can guarantee.