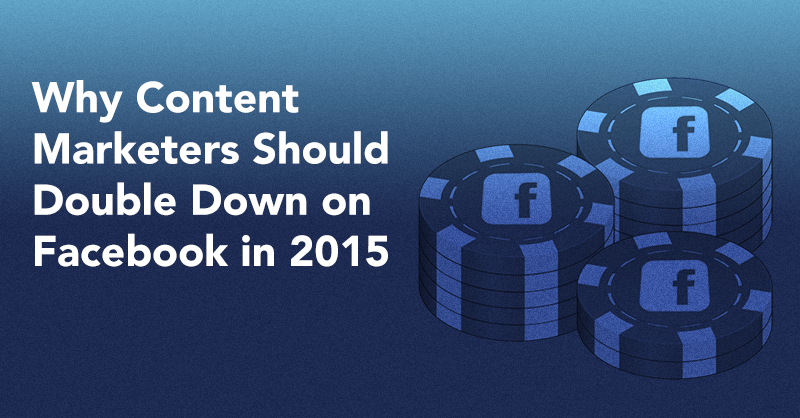 To paraphrase Mark Twain: the reports of Facebook’s death have been greatly exaggerated.

There has been a Princeton study claiming that Facebook’s growth had stalled, a much maligned IPO and a slew of new competition from emerging social networks; yet Facebook’s stock is currently hovering around double its debut price and the major impediment to its future growth seems to be that they are simply running out of internet-users to market to (more on that later).

While most of the other tech players severely underperformed in Q1 of 2015, Facebook was on target with their earnings (despite overseas revenue being majorly effected by a strong dollar).

However, Facebook’s revenue is far from the most exciting part. What is truly promising about Facebook’s Q1 report is the impressive headway they are making in multiple high-growth sectors of the digital media landscape.

This article will outline a few of Facebook’s most impressive growth areas and discuss why they show so much promise for Facebook’s future as the key marketing platform for the foreseeable future. In addition, I’ll explore how exactly content marketers can make the most of this growth in order to effectively double-down on Facebook in 2015.

It is generally accepted that the future of how we get online lies in mobile.

In 2014, mobile usage overtook desktop for the first time. In addition, earlier this year Google flipped the switch on an algorithm change that would heavily prioritize mobile friendliness in its search results.

The push towards mobile is going to drastically change the state of digital marketing and whoever gets there first will reap some serious rewards.

With that being said, it’s hard to imagine anyone who has more of a jump on this trend than Facebook.

As of today, Facebook currently has four of the top eight non-game apps in the Apple app store (Facebook, Messenger, Facebook, WhatsApp and Instagram), and each of these is boasting a healthy and growing user base.

Not only are they driving engagement on mobile, they have also cracked the code of how to monetize their user-base.

In its recent report, Facebook showed that 73% of its Q1 ad revenue was from mobile and currently 1.25 of its 1.44 billion active users engage on a mobile device.

These types of number’s are indicative of a substantial head-start and suggest that Facebook will come to define a large portion of mobile advertising in the coming year.

As I mentioned in a previous article on chat app marketing (which Facebook utterly dominates), the first step to a successful mobile advertising strategy is a strong organic presence on all of these channels.

For content marketers, the best way to respond to Facebook’s dominance in mobile will be to focus your efforts on properties like Facebook, Instagram, Messenger and WhatsApp by increasing the time and energy spent on making high-quality content tailored to each platform.

In addition, if your content is meant to drive traffic to a site you own then make sure that this site is mobile-friendly. This seems obvious given the trends I’ve been talking about, but non-mobile-optimized sites are common enough (in the context of mobile advertising too!) for me to not at least mention this consideration.

You can have the best content out there, but if that content is not optimized for mobile then it’s not even worth advertising.

All the doubling down you do on Facebook when it comes to your marketing efforts should be done almost exclusively in the context of mobile. Not only is it the general trend in usage, but it is the trend that is driving all of Facebook’s growth and the one that they will prioritize in the future.

Facebook Video has proven to be a real sleeper hit. After quietly rolling out the feature in 2013, Facebook implemented auto-play for only videos uploaded to its platform which caused a dizzying spike in engagement, views and adoption.

In September 2014 (a year after launching auto-play), Facebook videos were being viewed a billion times a day. In their Q1 report Facebook shared that the number had ballooned to a staggering four billion each and every day.

This puts Facebook Video hot on YouTube’s heels, with some experts even suggesting that they are driving viewers, creators and advertisers away from the web-video giant.

Facebook has also been crystal clear about who they are focussing on in regards to their video product. The answer, made very clear by Sheryl Sandberg, is that Facebook Video can be a boon for small business advertising.

We have an opportunity to turn those businesses into advertisers and marketers, and that’s what we’ve done successfully and we’re going to continue to focus on that. In the previous quarter, one million small business owners have uploaded video content to Facebook and done small ad buys around them.

Content marketing is the cornerstone of an ever-increasing number of small businesses, and this is something that Sandberg and Facebook definitely understand. What their statements seem to indicate is that they see Facebook Video as the future of the way that small businesses host, produce and promote content. 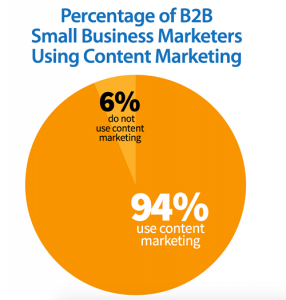 Echoing the insights from the previous section, not only does Facebook see the future of content being video, they plan on this video living on mobile. Facebook’s Q1 statement reported that 75% of all video views occurred on mobile.

This means that roughly three billion mobile video views occur per day, and that an increasing number of small businesses and content creators are spending money on small ad-buys to get past Facebook’s algorithm and vie for some of this huge attention.

Facebook, always the subject of controversy, recently had a bit of a PR fiasco.

Several researchers working at Facebook released a study that claimed the “echo-chamber” effect (which I’ve written about at length) was not so much a function of their algorithm, but was rather a result of personal behavior.

This study was quickly attacked as being misleading, inaccurate and even proving the exact opposite of what it set out to do.

Facebook still stands by its position, but it’s hard to deny that the algorithm does seem to drastically affect the type of content people see.

With Facebook controlling the gears of its algorithm and with that algorithm determining so much of the content that its users see and engage with, people who rely on Facebook for their content’s success need to be wary.

One of the biggest beneficiaries of Facebook’s content distribution algorithm are publications. The fastest growing publications of recent years (such as Huffington Post and BuzzFeed) have done so by leveraging Facebook’s enormous capacity to drive traffic. 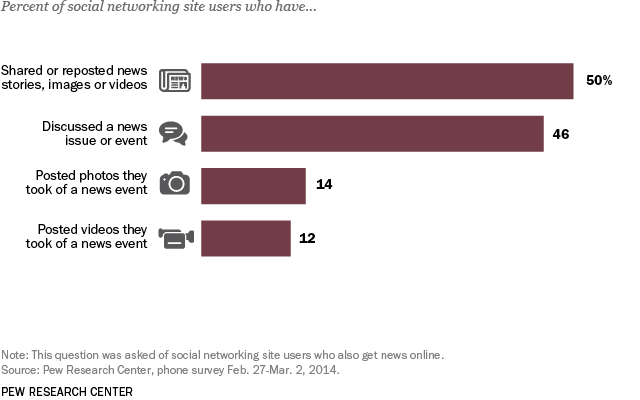 In light of these two facts, another of Facebook’s recent announcements appears very important for publishers. Right after this study was released, Facebook officially launched with its pilot program for “Instant Articles” with a few big publishers including National Geographic and The New York Times.

Instant Articles allows partner publishers to upload their content directly to Facebook to both reduce friction (getting someone to leave the platform is harder than delivering content right to them) and deliver their content to users much more quickly.

For publishers afraid of their ever-important rankings in Facebook’s NewsFeed falling prey to new changes, Instant Articles seem like a safe bet for having their content prioritized (even if that means losing partial control of their content).

Due to the fact that the pilot-version of Instant Articles has just been released, this is a situation that content marketers will have to wait to watch develop.

What’s important to realize is just how important of a change this could be. A good analog for how Facebook’s algorithm might favor written content uploaded to its proprietary platform is to look at how they did this for video.

Facebook doesn’t favor their own videos outright, but it does favor content that is engaged with more. It just so happens that they can only measure things like watch-time for their own videos. I’d imagine similar tactics applied to engagement on articles.

Given just how reliant content publishers are to Facebook for traffic, this coming change could strongly impact where and how marketers create and promote their content.

Facebook caught a lot of criticism for putting up much higher spending figures than their previous quarter. However, investment back into innovations is typically the sign of a healthy and growing business.

While the innovations and initiatives I’ve listed above probably constituted a large majority of their investment (they are the core of the company’s immediate plans for growth, after all), Facebook also announced that they were funding a few farther-reaching “moonshot” projects.

In March 2014, Facebook acquired the virtual reality upstart Oculus for a staggering $2 billion. As Mark Zuckerberg made quite clear, “Mobile is the platform of today, and now we’re also getting ready for the platforms of tomorrow, Oculus has the chance to create the most social platform ever, and change the way we work, play and communicate.”

Essentially, what Zuckerberg and Facebook understand is that the way people experience and interact with the digital world will only continue to intensify. It used to be that computing was restricted to the home, then our laps, now our pockets.

In much the same way that Facebook’s Oculus efforts are an attempt to magnify the depth of online experiences, their other moonshot “Internet.org” is an attempt to expand the breadth of the internet’s reach at its most basic level.

Internet.org might be Facebook’s most ambitious project to date. The plan is to construct massive solar-powered drones to beam internet down to developing countries without access.

The internet they’d receive would be a very stripped-down version containing only the essentials. Of course, one of those essentials included will be Facebook.

While there are certainly philanthropic motives behind this project, one less noble reason might be that Facebook is realizing that at its current rate of growth it may simply be running out of connected people on the planet to market their services to. In a way, Internet.org is their way of expanding their potential market.

Even more so than the last section, the repercussions of these long-shot projects are way too far out to predict.

However, one thing they point to is that Facebook is not only situating itself for growth in the short-term, but it is positioning itself to be a key player in the digital landscape for the foreseeable future.

As Larry Page, the co-founder and CEO of Google and one of Facebook’s fiercest competitors, once said that aligns well with Facebook’s plans,

Lots of companies don’t succeed over time. What do they fundamentally do wrong? They usually miss the future.

The combination of Facebook’s head-start in the booming mobile marketplace, their surging momentum on mobile video, their plans for proprietary content hosting and their moonshot projects makes them a digital marketing bet worth doubling down on since they are showing no signs of neglecting the future ahead.