The 4 Ingredients of an Effective Meme 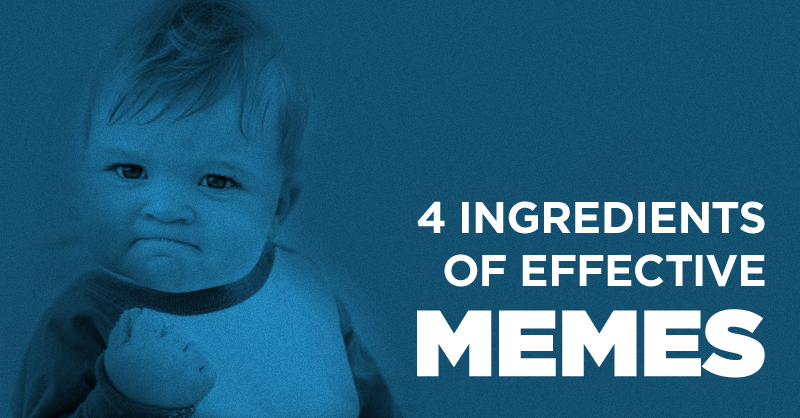 The meme is at the forefront of what makes up shareable, viral content on the social web. It is a simple image, video or GIF with a witty tagline in the spirit of online commentary, but also often considered any type of content designed and packaged to be share with your friends.

Memes generated by individuals have continued to gain far reaching traction with examples like the success kid or the overly attached girlfriend.

There is an untapped potential for businesses to join in on creating memes that suit their brand and the culture of the Internet if their offerings cater to the youth market and these memes are distributed alongside other brand content.

Here are the 4 ingredients necessary to create a successful meme for your business.

1. Always be witty when making memes.

The point of memes at the surface is to be silly and fun, but deep down there’s witty connotations that tie back to politics, the way we communicate and mainstream media as a whole. The subject matter of your meme doesn’t need to be serious, but relating it back to a far-reaching topic in the form of witty commentary will help your meme be more shareable as it relates to your business. 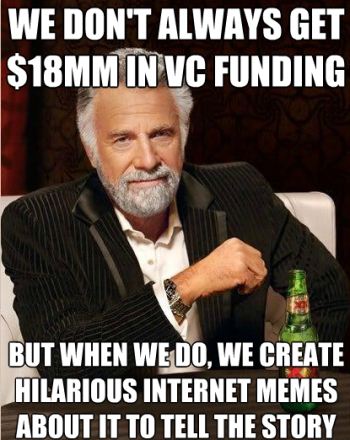 For example, online marketing software company SEOmoz announced that it raised 18 million in Series B funding with a handful of Internet memes poking fun at the normal press release process and gaining more buzz through this approach than they would have otherwise. Remaining witty with your memes, no matter the seriousness or silliness of the subject matter, is crucial to their success.

2. Create memes off of established successes and existing trends.

Similar to how businesses imitated the Harlem Shake video, play off of existing trends that are popular across the web and add your own unique spin to it. This is known as Memejacking.

For instance, the Ryan Gosling “Hey Girl” meme series was a sensation that General Electric to decided to recreate with their own voice and brand to then launch on Pinterest to gain visibility.

3. The meme must relate to your brand.

According to a study by Facebook, posting about subjects related to your brand is the best way to drive relevant engagement on the social network. This info is arguably true for most marketing channels because your audience associates your content with your business expertise. Regardless of the meme, always relate it back to your brand.

Virgin Media used the “Success Kid” meme on a billboard to help advertise their HD channel offerings in the U.K. both incorporating the meme as it relates to a recent product launch of the brand, while also making use of this particular meme since it was a popular trend at the time.

4. Study the experts in all things meme.

Take a look at the popular memes of the week to identify what resonates with today’s online culture, in order for your business to duplicate the same success with your own memes. Check out 4Chan, Reddit, imgur, Tumblr, StumbleUpon, Twitter, YouTube and Facebook for some of the most recent memes trending worldwide. 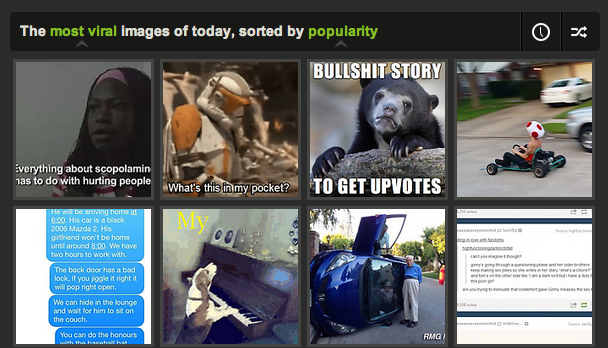 These articles below highlight many of the best memes of the past year:

The Best Memes of 2013 via CHEEZburger

Create your own memes using one of the following meme generators online below or build it from scratch in Photoshop or GIMP:

*What Do You Meme?

What have you found most effective when creating memes for your business? What’s your favorite meme of all time? Share your thoughts in the comments below.